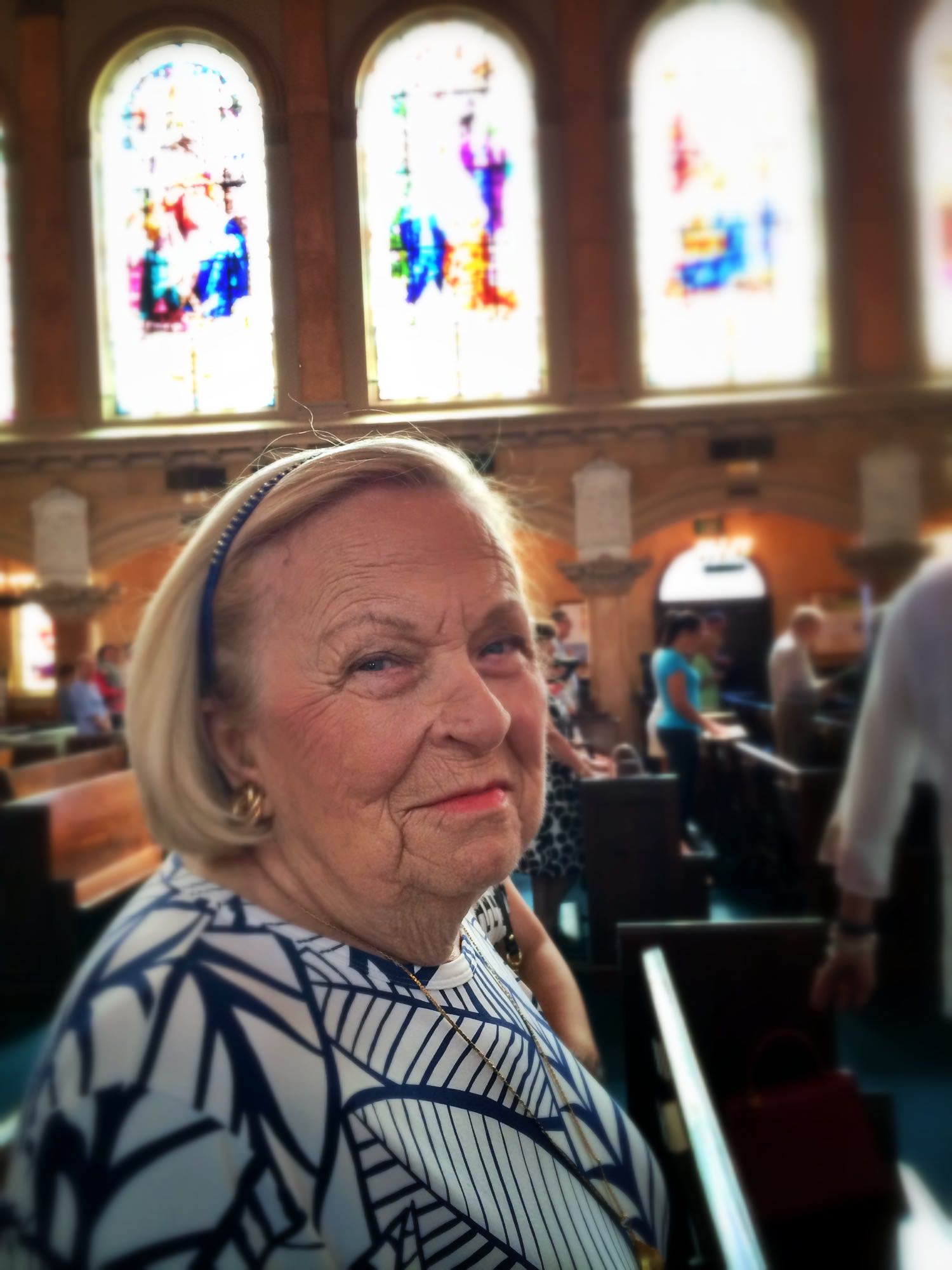 Blanche Marilyn Lampke Benton, an accomplished golfer and superb bridge player, passed away while resting peacefully in her home on August 26, 2016. In the final weeks of her life, she accomplished many things, including turning 92 years old while drinking champagne, visiting with her precious family and friends, and taking in as many episodes of â€œEllenâ€ and â€œShark Tankâ€ as she could muster.

Blanche was born in Cincinnati, Ohio, to Verena and Edgar Lampke, the second of their four children (along with Donald, Eileen, and Edgar Jr.) all of whom are now deceased along with their spouses. The family later moved to Richmond, VA then settled in Charlotte, NC where she became high school sweethearts with her husband-to-be, William (â€œBillâ€) P. Benton, Jr. She was a young May Day queen in elementary school and homecoming queen in high school. She attended college on scholarship at Sienna Heights University, in Adrian, MI, returning home to Charlotte afterwards.

After Bill returned from his World War II service, he and Blanche were married on June 26, 1948. Together they celebrated their 60th wedding anniversary in 2008, several months before Bill died of cancer. Their many decades together were filled with travels around the world, numerous homes and locations (due to Billâ€™s continuous stream of promotions at Ford Motor Company) and their dedication to raising four daughters with the same sense of adventure and drive. Blanche was also consistently pragmatic, a woman who â€œtook care of businessâ€ and rarely complained. She chose to make the best of lifeâ€™s challenges, of which there were many.

Blanche expanded her world through continuous learning: she loved to read, visit museums, watch documentaries, and feed her curiosity about life through any means available to her. She grew into a refined and worldly woman who possessed both sublime taste and genteel elegance, without ever losing her southern charm. Her and Billâ€™s many years of living in England delighted her to no end – and also the rest of us as she shared her colorful stories from living overseas.

She was very proud of the time in Norway when she noticed a woman choking at a formal business lunch with the International Multiple Sclerosis Society. She left the table, set aside protocol, and administered the Heimlich maneuver, saving the womanâ€™s life.

After her children left home, she quietly began taking art lessons, culminating in her first art exhibit at age 83. She sold over 70% of the artwork while sharing the day with friends and family. This commercial and critical success lifted her spirits tremendously. Her pleasure was further amplified in YouTube videos and comments on her website, www.BlancheArt.com. So moderne, she loved seeing Facebook comments from family and friends whenever someone posted one of her sayings or evidence of one of her pranks.

Not just intellectually and creatively brilliant, though, her athleticism and love of the outdoors also played active roles in her life. Never one to camp or rough it, Blanche did enjoy numerous sports from water skiing, to tennis, to golf – for which she scored a hole-in-one at the Everglades Club in Palm Beach, FL in 2004 at age 79. She continued her life of sunshine and culture in Palm Beach for 20 years, returning to her family home in Bloomfield Hills in the spring of 2016.

Blanche was known for her gift of laughter and her wide-eyed smile, which she shared with everyone regardless of their station in life. These generous traits co-existed with her often reserved and private demeanor. Later in life, as she came to gracefully and comically accept her diagnosis of Alzheimerâ€™s disease, she lived in continuous appreciation for all those who cared for and befriended her. She reveled in the pampering that became necessary and we all came to think of her, most deservedly, as Queen Blanche.

She is survived by her four daughters, their partners, and five grandchildren: Barbara and Karl Striebel; Roxanne Darling and Shane Robinson; Judy and Mike Dennis and their daughters Carlie and her husband Chris Quezada, Annie and Christina; and Nancy and Jim Lievois and their sons, Jordan and Tyler.

The funeral will be held on Saturday, September 10, 2016Â at St. Hugo of the Hills Catholic Church (main building), 2215 Opdyke Rd, Bloomfield Hills, MI 48304. Family members will greet arriving guests at 10:30 am; the funeral service will begin at 11 am, followed by lunch at the church. Blancheâ€™s remains will be interred privately with family afterwards.

Those who wish to honor her life may consider donations to the following charities, which Blanche supported:
Ladies of Charity at St. Hugo of The Hills Catholic Church
Capuchin Soup Kitchen
Juvenile Diabetes Research Foundation
Hospice of Palm Beach County
Alzheimer’s Association